Growing up as a Catholic, I can still remember the first time I heard the word “Protestant.” I was in the living room of our small two bedroom apartment watching my favorite movie of all time, “Stand By Me.” For some reason, the word stuck. As soon as the film was over, I asked my mother what the word meant. The answer was short and sweet. “A Protestant is someone who isn’t Catholic.” 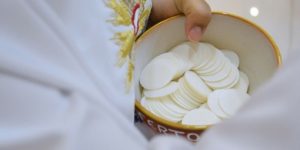 That was about the extent of my theology lessons growing up. I attended a private Catholic school where Mass was mandatory every other morning, and it saddens me to admit that I can’t recall a single homily from my adolescent years. My faith and the traditions of the Church continued to be a part of my life until my late teens when I learned the meaning of serving two masters. Alcohol became more important than what I knew about Jesus, and let’s just say it’s hard to be a practicing Catholic when you spend at least eight months out of the year in a jail cell a few years in a row.

I realize you’re not reading this to get to know me, just bare with me for a second. I promise it’s part of the story. During the second of my final seven months in jail, I learned two crucial lessons. For starters, you could receive any paperback book through the mail while incarcerated in the county where I was staying. Secondly, if you wrote a well-written letter to a Protestant preacher, he would visit you for an hour every week, much needed time out of the cell.

This is how I first read about one of my favorite theologians, Scott Hahn. When my mother learned a Protestant was coming to talk to me about the Bible, she wasn’t shy about her concern. She sent me all three books in the “Catholic For a Reason” series. That was when I first started wondering if pursuing a degree in theology would be an option for me. Yes, I had a record. However, all of my charges were for misdemeanor crimes. This caused several inmates to question my manhood. It also meant I had options if I ever decided to get my act together.

Making the Most of My Time

This period was when I learned something even more valuable than the traditions and details about the sacraments. It was the first time anyone had ever taught me about the necessity of living my life in a personal relationship with Jesus. Although Rick was aware I had grown up Catholic, he still made sure I knew that until I had surrendered my life to Jesus, it didn’t matter which branch of the body of Christ I belonged to, something was going to be missing.

OK, enough about me. This article is supposed to be about theology, Catholic theology in particular. Fast forward about six years. I am sitting at my desk just a few weeks away from a degree in theology. The publication of my first book is getting close and I’ve started writing a second. I also want to distinguish myself as a “Catholic” writer. Since being released from jail in 2011, the Catholic and Protestant Church have played a huge role in my life. They have each enhanced my relationship with Jesus, my sobriety, and the goals I’ve established within my writing career.

Two factors have been consistent throughout. The Catholic Church has made sure I know why we’re different from Protestants. Likewise, the non-denominational Church I’ve attended has made sure I know how their theology differs from the Church that has always held my heart. Now, I am not saying this is how it always is with every church on either side of the coin. This has just been my experience. As it turns out, several people have a story almost identical to mine. Except for the criminal record and the battles with sobriety.

Reaching out to Someone New

The majority of you reading this probably have a more extensive background in theology than I do. My hope is to reach someone who is new to the Catholic Church. Regardless of what any of us think, the growth of the Church is very important. Because of this, those of us who may be on the fence of what we believe are very significant.

In my opinion, as Christians, we should be a part of regular discussions with non-believers if we are interested in doing our part regarding the Great Commission. One of the most common concerns I get from people who know they are missing something significant is how anyone can be so confident about their faith when Christians are unable to agree on what they believe? From the view of an outsider looking in, I can easily see how the enemy could create doubts within anyone.

I have been able to build a small audience through my career as a sports writer. I’ve had articles featured on Sports Illustrated, Bleacher Report, and Yahoo Sports. But when it comes to writing about my faith, I made my start writing about applying Scripture to daily life, and I couldn’t think of a better way to begin trying to make a name for myself as a Catholic theologian. With just a quick Google search, you can find more websites than I can count that will explain to you exactly how Catholics and Protestants are different.

Yes, the differences between our theology and theirs are important. The traditions and sacraments that set us apart are something you need to become familiar with if you’re not already. However, at least in this article, I want to present just a few of the beliefs the two sides of the body of Christ have in common. I couldn’t think of a better passage to kick things off with than Mark 9:38 – 40.

John said to him, “Teacher, we saw a man casting out demons in your name, and we forbade him, because he was not following us.” But Jesus said, “Do not forbid him; for no one who does a mighty work in my name will be able soon after to speak evil of me. For he who is not against us is for us.”

Now, before you rush off to the comment section, I am aware of the fact that Jesus didn’t have this exact conversation in mind that day. I simply thought it would be a great ice breaker.

For those new to the Catholic Church or pondering the idea of converting, here are some of the beliefs you will be well aware of as a Protestant. For starters, we Catholics find salvation through the same Jesus Christ you know as God. The infant that was conceived by the Holy Spirit and born of the Virgin Mary. 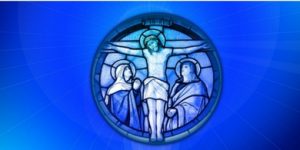 Using Similarities to Enhance the Differences 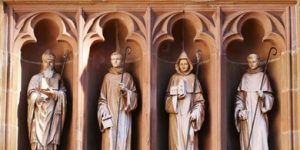 This is by no means a complete list of what Catholics and Protestants have in common concerning our faith. However, I think it’s enough to get my point across. We live in a world that teaches us to be different and notice how we stand out from one another. However, there are many similarities when it comes to both sides of the Christian faith. I think this is something each of us needs to remember once in a while.

I’ll be the first to admit. There are many articles on this website which will go a little deeper regarding theology. As I mentioned before, my goal is simply to reach the audience that like myself, may be new to the world of theology or the Catholic faith. The’re two things I recognize most as I grow closer by the day to my first degree within the field. Theology is incredible. Along with the Catholic Church, my education has become a huge part of my relationship with Jesus. Theology can also be very dangerous. Many people with great intentions have lost their standing in the church. Some have given up their careers, even their lives due to the study.

There’s a chance this article is too simple for the purpose and goals of this website. I’m OK with that. I spent a lot of time contemplating what to write with an opportunity as great as this. I am sure someone at least started reading this who has studied theology almost as long as I’ve been alive. It is simply my opinion that until we spend a little more time acknowledging what we have in common with those who believe a little differently, we will never be able to appreciate everything that sets us apart fully.

20th Sunday in Ordinary Time: Call of the Canticle

Click Here For This Week’s Readings. It’s the time of year when the Gardening Geeks know abundance. We give vegetables to our friends, our local food pantry, we freeze some for later, and we still […]