Welcome to the third in a three-part series looking at Christian imagery and lessons in the Final Fantasy franchise.

Final Fantasy X opened the gates to games of killing god-like creatures–Sin, the Occuria, and the fal’Cie (not to mention Bhunivelze).  While earlier games had order versus chaos on the divine level, these games pit humanity against gods–and humanity wins.  Although the defeated ‘gods’ are not actual gods in their worlds, these games appear critical of religion.

Final Fantasy XV, to my pleasure, breaks that tradition. 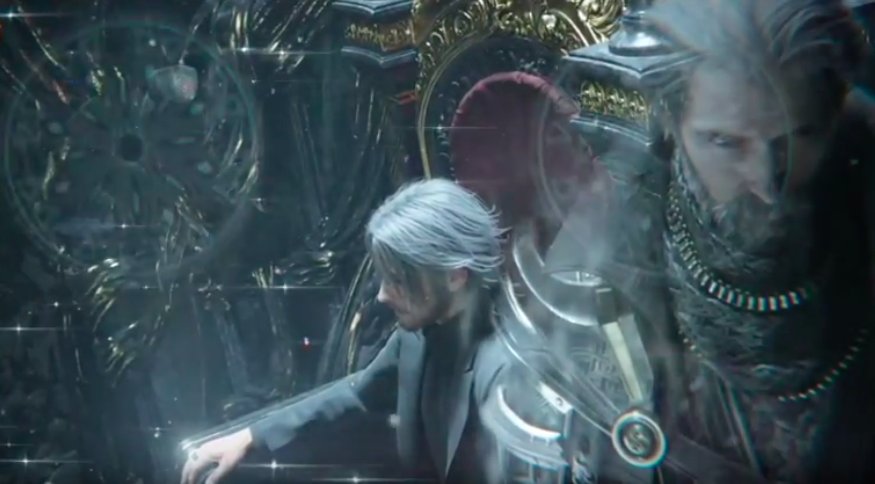 Although the pantheon of this world–the “Hexatheon” (lit, “Six Gods”)–can be killed, it is the evil Empire that attacks them.  You instead play as the protagonist Prince Noctis Lucis Caelum (and his too-appropriately-Latin-named friends) as he learns to accept his destiny.  I do not say this lightly: if you love the plot of Final Fantasy VI as much as I do, you will enjoy Final Fantasy XV.

But let me explain some Christian lessons we can take from this game.  I hope it sets a new trend! 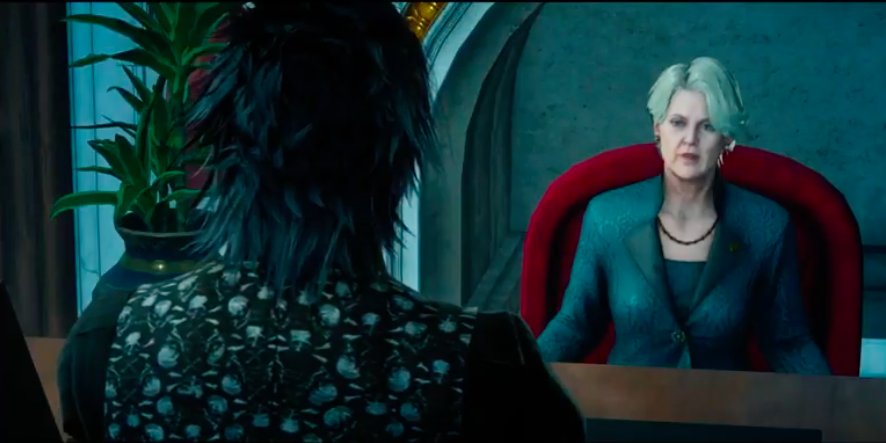 I was midway through the game before I realized Noctis’ vest is patterned with skulls.  It is also a motif in the clothes of all the main cast.  Morbid?  Yes.  But in a game about facing one’s fate, it is appropriate.  Death is the destiny for everyone, but we don’t need to fear it if we prepare.  Catholics have long used skulls in art to accept this ephemeral life.  While skull vests might seem more Hot Topic than Vatican, the attitude towards death in game is acceptance of one’s fate and not an unhealthy longing for or glorification of death.  (Check St. Theresa Aletheia’s Memento Mori’s tweets for more). 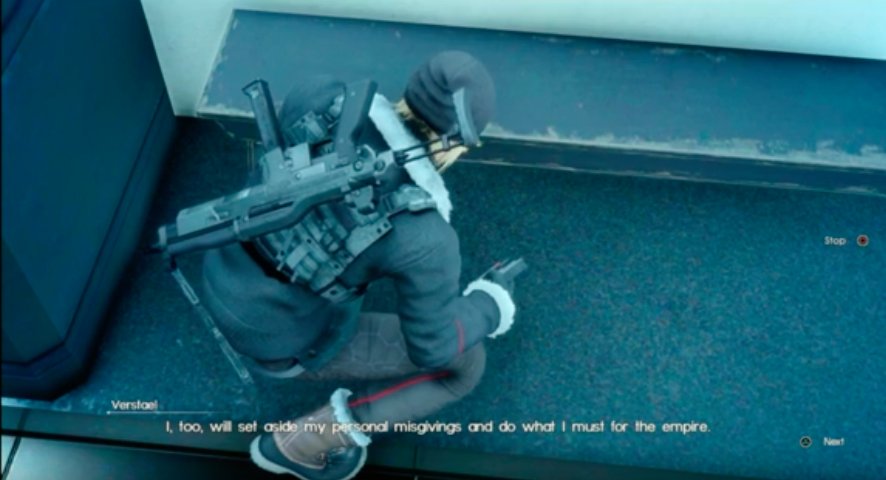 Science has made wonderful advances, but there is reason to worry about people playing God.  Children become victims when created without family structures.  The abuse is real, and it creates people who deserve better.  Prompto is this person in-game.  The empire at the beginning meant well by creating artificial life–they wanted to save their citizens from fighting deamons.  But there are moral complications in this choice.  Prompto struggles for his whole life with his identity and building authentic relationships.  Although the main game does not explore the story sufficiently, Episode: Prompto delves into the young man’s struggle with his origins.  Human beings deserve heritage.

The main antagonist, Ardyn Izuna, is motivated by jealousy and pain.  He legitimately saved the world once upon a time–but instead of a king, he became an outcast.  The protagonist Noctis faces a similar trial and accepts his fate and the pain of himself, his family, and his friends.  I argue that Noctis suffers from depression when initially confronting reality.  However, he is able to find his strength.  The moral for the player is not to ignore problems or to expect temporal rewards for doing well: instead, our reward is in serving others.

The games in the Final Fantasy series vary greatly, some more appropriate in themes than others.  However, they are all enjoyable for what they are and give us insight into different aspects of life, virtue, and morality.

I hope you’ll give some of the games a try!

Disclaimer: Posts are mine, and I attempt to write according to orthodox Roman Catholicism.  Please bring any errors in doctrine to my attention.

22nd Sunday of Ordinary Time: Just Do It

September 2, 2018 Josh McDonald Spirituality, Theology Comments Off on 22nd Sunday of Ordinary Time: Just Do It

Click Here For This Week’s Readings. It’s one of the most basic and rudimentary rules for being a creative artist: You have to do it. I can’t be a writer based on all the great […]

You’re Beautiful: You Can Be Cool and Catholic Too!

September 19, 2017 Therese Deppe Geekdom, Television/Film Comments Off on You’re Beautiful: You Can Be Cool and Catholic Too!

Somebody pinch me. A show that shows Catholics that are both religious AND their devotion to their faith is a good thing? A show that posits that religion can make you a better person, that […]