Welcome to the second in a three-part series looking at Christian imagery and lessons in the Final Fantasy franchise.

The Playstation Era, Part I

But Final Fantasy X puts religion in the forefront in a new way.  The religion of that world, Yevonism, is central to the plot, and players get to witness a wedding, funerals, prayers–oh, and a giant monster called Sin.  Yevonism is a mash-up of Earth’s religions, but that central position of Sin as the enemy of the game is hard to miss. 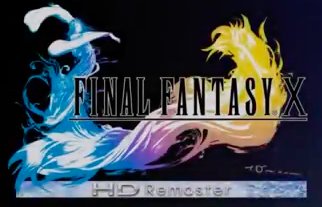 Unfortunately, while Sin is a very real problem in Spira, Yevonism has its own problems.  The leaders are corrupt and–worst of all–the entire religion was built upon a lie.  Sin isn’t the problem per se; Yu Yevon’s soul possesses aeons in order to maintain the dream of Zanarkand.  He isn’t a god, but a summoner, and Sin isn’t a punishment that can simply be repented.

Due to the complex plot, players can read it as anti-religious, but I don’t think it’s all negative.  Yes, Yevonism is a false religion abusing the world.  However, there are warning signs for people that this is the case.  We can learn from those warning signs.

Some people want to make this an anti-religious game, but it is too complex to have one specific agenda–aside from the normal ‘friendship, good, and sacrifice will win the day’.  Unfortunately, FFX-2 and other sequels have made the story less coherent.  Despite that big criticism from me and despite this game’s introduction to the “Kill the Gods” trend in Final Fantasy, a witnessing of religious struggles can produce good lessons.

Click Here for This Week’s Readings You can thank, or maybe blame, Joseph Campbell and George Lucas for popularizing the concept, but it seems like every story these days has to be about the “Hero’s […]

Settlers Of Catan vs. My Girfriend

July 30, 2018 J. Hector Guardiola Family Life, Gaming Comments Off on Settlers Of Catan vs. My Girfriend

My girlfriend has threatened to break up with my three times over Settlers of Catan. The first time was because she got tired of playing. My good friend, Brogan, and I have the habit of […]