Welcome to the first in a three-part series looking at Christian imagery and lessons in the Final Fantasy franchise.

Final Fantasy I-VI are grouped into a block together before the ‘3D’ games of Final Fantasy VII and forward.  Only three were released in America along with their Japanese release, but they were more or less successful.  Usually, the themes of these games involve a need to maintain balance–often via crystals–to stop Chaos or some destructive force. 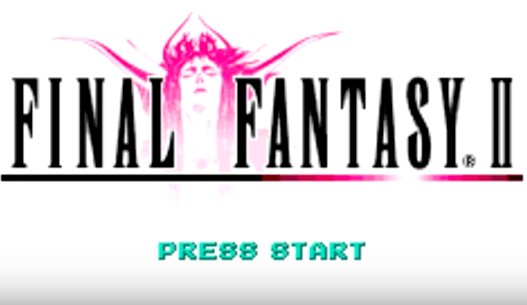 But Final Fantasy II presents a game with an openly Christian structure: the Emperor makes a deal with Hell to take over the world.  Later in game, the Emperor becomes the actual ruler of Hell.  He even brings to the world ‘Pandaemonium’ (lit. ‘all the demons’), the Palace of Hell.  The producers’ notes in the Ultimania make reference to ‘Holy Knights’ among the good guys, the Emperor’s mother as a fortune teller, and ‘priests of deconstructionism’ in an early draft of the game.  Princess Hilda is also named “this world’s Joan of Arc.”  Let’s take a look at some Christian lessons we can take from this Christianity-inspired game.

While the game is certainly far from being Catholic doctrine, I nevertheless loved its Paradise Lost meets Faust feel.  Giving into your pride and making deals with the devil for strength are always bad ideas.  Thankfully, redemption is possible, and we have the help of all believers.

Come back next week for more Final Fantasy Lessons!

Welcome to our very first Catholic Creative Spotlight post! This is the first in a series of interviews that will be conducted with Catholics who work in or make contributions to their respective creative fields. […]

Yona Of the Dawn: Growth in Suffering

August 8, 2017 Therese Deppe Geekdom Comments Off on Yona Of the Dawn: Growth in Suffering

With the Feast of the Nativity of the Blessed Virgin coming up this weekend I wanted to present our dearest Mother Mary, (and you dear readers) with a bouquet of my absolute favorite marian hymns. […]